Many have asked me what I would change to my personal Bug Out bag for an Urban environment. Considering that the majority of the population lives in an urban area, that stands to reason. The challenge for me is that I try to speak only from a position of experience, and I don’t personally live in an urban area. I try and avoid them as much as possible; they just aren’t my thing.

However, I have of course spent time in cities for work, and often go through them (or fly into them) when I am traveling. This forced me to put some real thought and practical application into how I supplement my own kits for the times when I do find myself in, around, or going through the city.

Urban areas have a different set of challenges, and often have a different set of resources. Some resources are scant, while others can be plentiful. The biggest issue facing cities is the number of people living in them. Humans are the biggest sap on available resources, so much so that without a massive network dedicated to bringing in resources, cities could not exist. The issue becomes when that network fails for whatever reason.

When the network fails, the number of people that would be forced to go without is a staggering number. When people get hungry, their children get hungry, and they are all forced to fight for what resources are left, that’s when things get really dangerous. The bottom line is that the more people you are in the vicinity of, especially those relying on the system that are no longer being provided for by the system, the more dangerous it is for you and your family.

If you have a life-threatening injury, not much else matters until you handle that. I always advocate carrying some sort of IFAK and being trained in its use, and I think it is especially important given the danger of being in close proximity to that many people. It is a fact that crime including shootings and stabbings are a daily occurrence in many cities. In my assessment, this occurrence would be even more frequent in a disaster and the IFAK would be even more important.

As far as Core Temperature Control, those are all still a function of having the appropriate clothing for your situation, season, and environment. Clothing is always your primary form of shelter. Secondarily, it is a function of fire and shelter, either by themselves, or combined in some way depending on the situation you find yourself in. No change there.

Although I would never recommended not having some sort of portable shelter that you have in your pack so that you can set up no matter where you find yourself, there are a number of sheltering options in a city that may be available that you could hole up for the night in. Me personally, I would be making my way out of the city towards a much less populated area, so the shelter kit becomes most important when I finally get outside the urban area.

Fire may still be a need, but the fuel resources may be less plentiful. Sure, you could use paper and wood furnishings and the like, but it wouldn’t be as simple as actual firewood, and it would be a challenge getting the same efficiency as far as BTU’s.

Your hydration needs won’t change, but the resources where you procure it might. Yes, there is a greater chance of contamination like chemicals and heavy metals in your water source in an urban environment. The fresh water sources may also be contaminated by human waste, sewage, etc. There is a good chance that there will be tap water available. Water heaters can store around 55 gallons of fresh water. Many commercial buildings have spigots that are located on the outside of the building, but many have their knobs removed.

There could be many more opportunities for scavenging, and cities are certainly not devoid of wildlife. There are plenty of critters running around. However, I still don’t recommend actively hunting or fishing in a crisis and having the time and resources on hand to trap (and to wait for those traps to yield results) is not something I feel is realistic.

If your goal is to get away from the population and to an area with resources as fast as possible, these things take away from that goal. You can go days, even weeks, without food. The same emergency rations I recommend in my baseline Bug Out Bag will suit your needs for a couple of days. Longer if you have a cache to get to outside the city with more food in it.

The need to navigate is still important. While in a familiar urban area, it may seem like you know the area like the back of your hand. You may be used to walking or driving it daily. What you have to keep in mind is that you may be leaving that familiar area in order to get a safe distance away, so how good are your land navigation skills once you get out of the city?

There is quite a bit that you could do with the baseline kit tool recommendations of a good belt knife and a multi-tool. I would say the multi-tool is even more useful in an urban environment. There aren’t a lot of nuts, bolts, and screws in the wilderness like there are in a city.

My system relies on a baseline kit. That baseline kit is supplemented with what I call Supplementary Kits. These kits are in addition to the baseline to make the kit more complete and more specific to a certain environment or condition. The Urban Supplemental Kit is no different. This is a simple add-on that I feel is more complete for the city.

It of course starts with the baseline kit. Because fuel resources may be more limited for fire as needed, I like to add a small stove and fuel canister. Typically, I use the MSR Pocket Rocket with a cylinder of Isobutane. For water, I add a silcock key so that if I can access the water spigot on the outside of a commercial building, I can easily turn it on.

In an urban environment, I feel there are some more unique challenges that could be faced as far as traveling, especially on foot. Once concern I have is the ability to make my way through areas that may be blocked or fenced off. In addition, there may be many abandoned areas that may be a good scavenging opportunity. They may be locked, and the owners long gone. Of course, this would only apply in situations where the rule of law was broken down.

You don’t have free rein to scavenge if it’s reasonable to expect the rightful owners may return. For my urban kit, I like to carry a few more robust tools for getting through obstacles like fences or locks. Tools like Lineman’s Pliers and compact Bolt Cutters will get through those things much easier than a multi-tool will. A small crowbar can be very handy as well.

Broken glass and sharp metal are less of a concern in the woods, but a real possibility in the city, especially during or after a period of social unrest. Because of this, I like to add basic safety gear like leather gloves and maybe even some eye protection to my supplemental kit.

The bottom line is it isn’t possible to provide a packing list for every environment. It must start with a baseline that provides for basic needs that can then be supplemented to meet environment-specific needs. This baseline Bug Out Bag with the addition of the Urban Supplemental Kit is a great way to do that. I don’t personally live in the city, so I keep mine organized in a small canvas bag that I can grab and go as needed. Finding Natural Tinder Resources And How To Use Them Gear Up For Winter! My Tips For Cold Weather Survival. 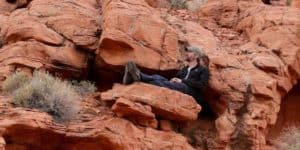 Finding Natural Tinder Resources And How To Use Them

Gear Up For Winter! My Tips For Cold Weather Survival.