The GB2 Team of Professional Instructors offer live training courses regionally across the United States. look for us in your region and purchase your ticket now!

You will only find top-quality gear that has been field-tested and approved on this site.

The GB2 Tribe is a community of like-minded individuals and alumni who come together to learn and grow within the GB2 System of Training. 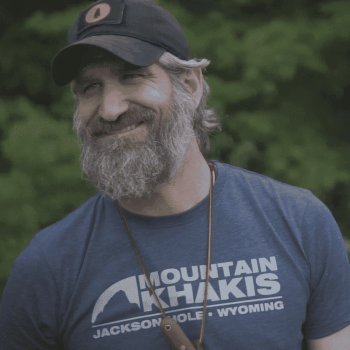 David Wescott is an outdoor educator who uses skill sets based in primitive technology, survival, and traditional camping as well as a variety of contemporary activities. He has been active in these fields through their teaching and application for over 5 decades.
David WescottSpecial Guest Instructor Jason is a former Army Ranger and Green Beret. He served alongside Joshua Enyart in the Ranger Regiment, and they were on the same ODA in Special Forces where Jason served as the Senior Special Forces Medical Sergeant. Jason retired from Active Duty after 21 years of service.
Jason SmithLead Primitive Skills Instructor Kirsten Rechnitz holds B.A. degrees from Vanderbilt University in Political Science and Cognitive Anthropology, and has been studying wilderness living and outdoor survival for the last decade. Her expertise lies in the arid Southwest, where the environment can change substantially within a day’s trek; from high desert terrain and imposing slick-rock canyons to mountainous ridge tops with bounteous ponderosa pines, and the speckling of precious lakes, creeks and springs.
Kirsten RechnitzLead Desert Skills Instructor In 2015, Alan was able to survive for 56 days on Vancouver Island alone and unsupported and win the first season of “Alone” on the History Channel. For the past 18 years, Alan has taught survival, preparedness, and self-defense skills. Empowering others with the skills necessary for true self-reliance is his passion.
Alan KayInstructor

Joel Graves brings an extremely extensive military and tactical background. Completing 355 missions as Naval Special Warfare EOD on Seal Team 2 & 4, which is arguably one of the most elite and highly trained bomb squads in the world. He has served tours in Iraq, Bahrain and Afghanistan, personally disarmed improvised explosive devices with minimal tools in some of the most austere environments in the world. He has provided secret service protection in multiple countries for President Bush, President Obama and VP Biden. Today, Joel leverages his tactical and combat experience to prepare civilians, military personnel and organizations for international and domestic threats. Training and consulting opportunities with Joel include: international traveler, SERE, active shooter preparedness, self defense and organizational security.
Joel GravesInstructor Kelly is a highly skilled practitioner of primitive and desert skills with a heavy focus and specialization in primitive pottery. She has been practicing and teaching primitive pottery for 11 years with a focus on the ancient southwest styles. Kelly uses harvested wild clay, organic plant based or mineral paints and pit fires with wood in an Anasazi style trench kiln.
Kelly "Kayenta" MaglebyInstructor Joe is an experienced outdoor instructor, product developer, and has been a full time outdoors professional for over a decade. His passion for the outdoors means he both lives and works in nature. This blend allows him to test, develop, and teach about all aspects of outdoor living.
Joe PriceInternational Instructor Ida is the founder of I SKOG OCH MARK (“In Forests and Lands”), an outdoor-based education and marketing company based in Sweden. She works full time within the outdoor industry with a focus on promoting all the benefits of a life outdoors. She is a brand builder, content creator, photographer, illustrator, and sales agent for a few of her favorite outdoor brands.
Ida OlssonInternational Instructor The GB2 Tribe is a community of like-minded individuals and alumni who come together to learn and grow within the GB2 System of Training. All members enjoy discounts every day on the best gear, training, and films, as well as access to our exclusive private social media platform on Discord. Higher Tier members enjoy greater discounts and streaming access to all films. Top Tier members get the highest available discount and special access directly to GB2 for periodic live feeds.